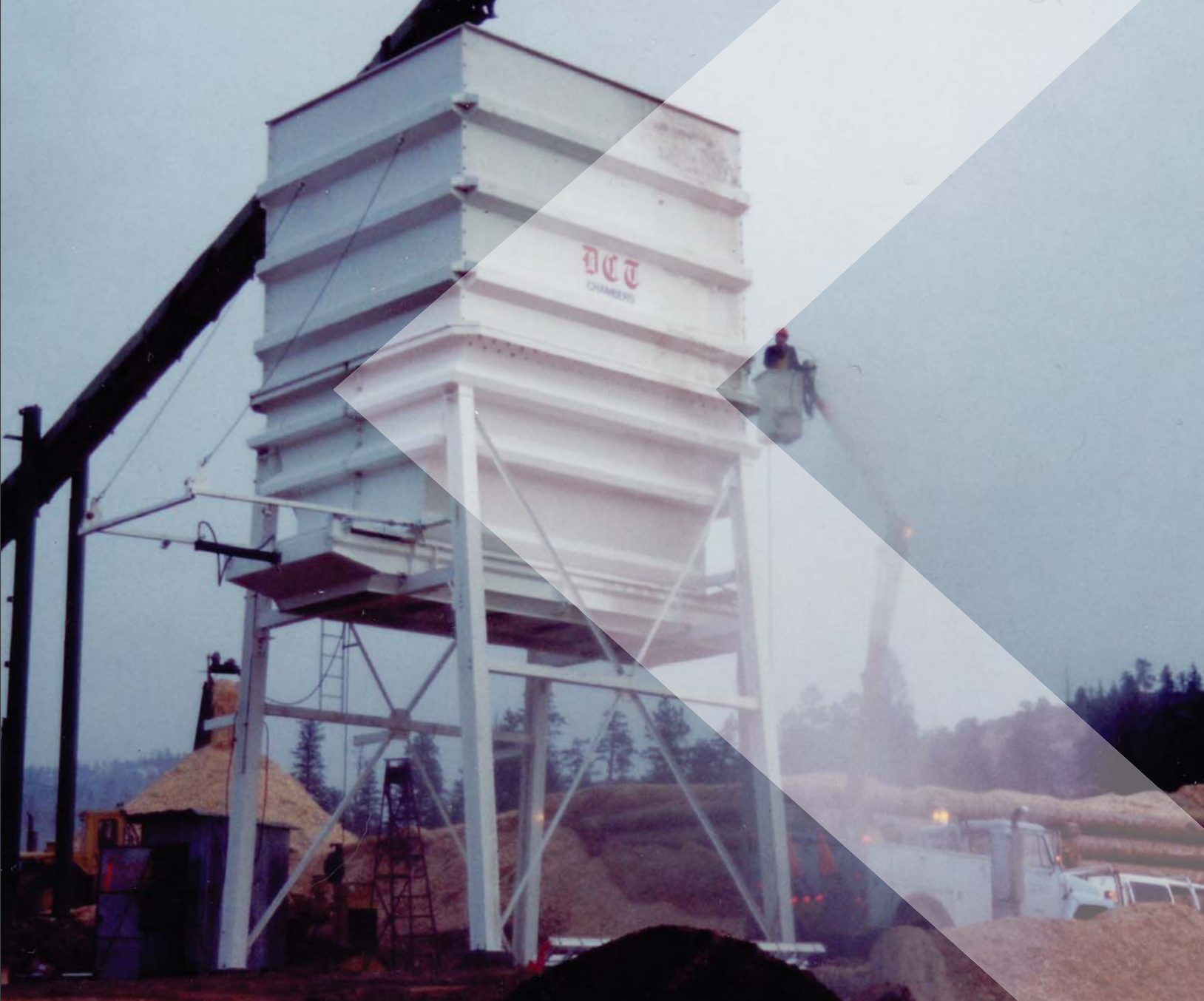 Current technology for storing and loading chips has remained largely unchanged for over fifty years.

Existing storage and load out systems consist of bins with clam-shell gates or bucket loading from outside storage piles. Clam-shell type bins are normally limited to a maximum storage capacity of one trailer load, because the chips tend to hang-up or bridge in bigger bins. Also, it is difficult to partially unload a bin, as once opened, the gates cannot fully close. It is also difficult to control the discharge of chips from these bins. Because chips are poor flowing, little or no material comes out until the gate is fully open. At this point, the full load of material can suddenly come out within a short period of time, causing damage to the trailer and spillage of chips. The spilled material leads to fibre losses and dusting problems. It is also difficult to distribute the load which is time consuming and inefficient. As a result, trailers often carry less than optimum loads.

This truck load out bin is a pilot scale system built to test the advantages of using a tall mass flow bin and Kamengo Feeder for loading truck trailers with wood chips. The pilot tests proved that a Kamengo Feeder can fill 15-26% more chips in a truck trailer than can be filled by a conventional truck loading system. This extra loading significantly reduces transportation costs. Further, the pilot scale system proved that chips can be reliably stored in and discharged from a mass flow hopper with a Kamengo Feeder. The pilot scale system was built with a 5,700 cu-ft bin. A full scale system is envisioned to include two back-to-back bins with enough storage capacity to fill three B-train (double trailer) trucks in less than 20 minutes each.