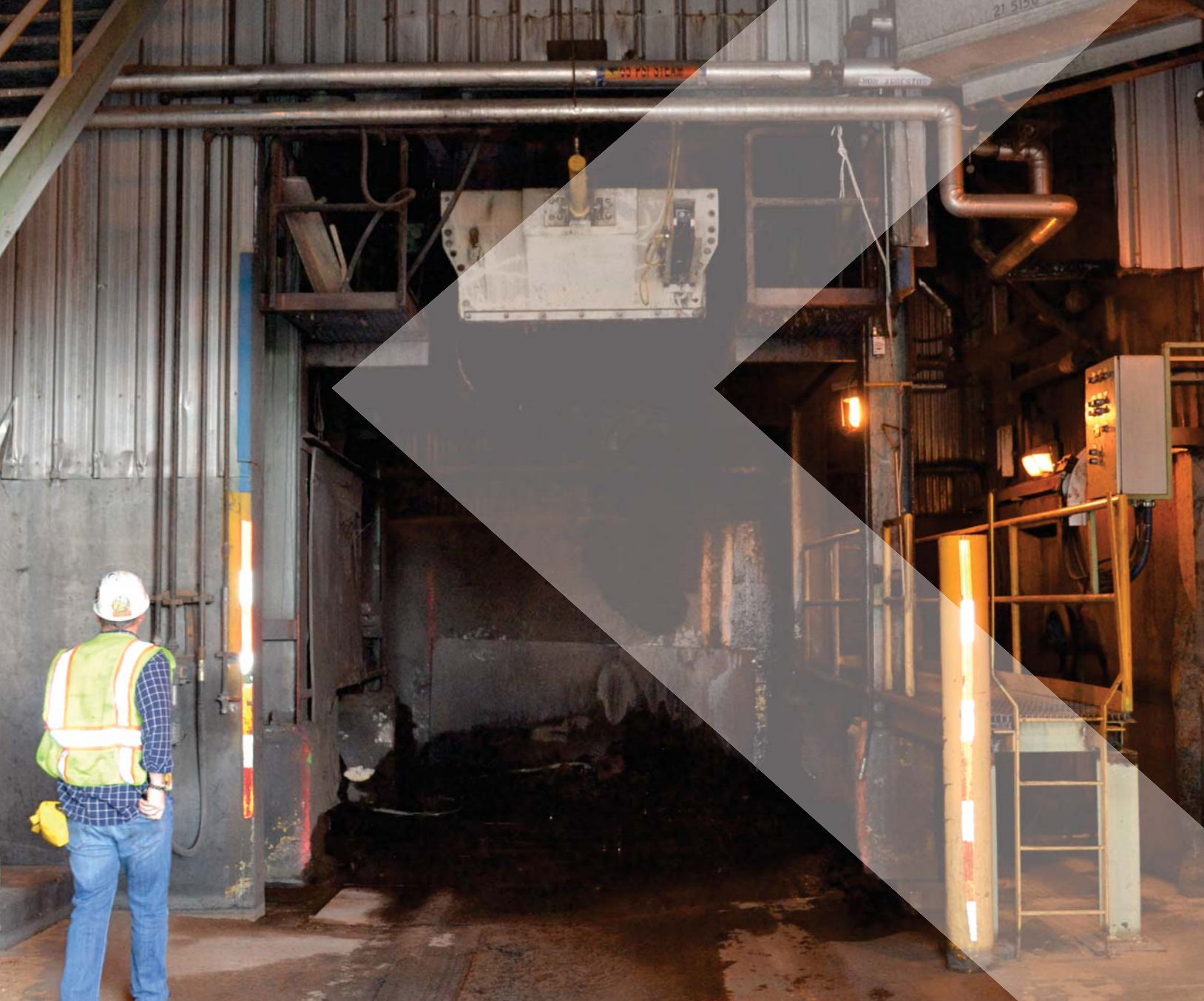 At the Kamloops mill, fly ash that is recovered from the boiler is stored and then transported to a stock pile.

Previous to using a Kamengo Feeder, the mill stored the ash in a cylindrical bin with a gate. To suppress dusting, water was added to the ash. But the addition of water only caused the ash to clog up within the bin, requiring the use of vibrators and even manual dislodgement with long poles to free the ash.

In late 1995, the mill, having had success using Kamengo Feeders to feed hog fuel into its boiler, chose to replace its two ash storage bins with a Kamengo Feeder below a new 4,000 cu-ft double mass flow bin. The ash would be conditioned as it is deposited in the bin, and thus be stored safely without risk of explosion, and be discharged without extra effort to wet the material. From the Kamengo bin, the ash would be discharged onto a truck or into a rail car.

A number of flow tests were done to characterize the material under a range of moisture contents, to determine critical bin parameters to avoid bridging and “rat-holing” of material. Simple flow tests were first done over a range of moisture contents to determine the “worst case” moisture content for material flow. As expected, the ash was easy flowing when dry and became more difficult flowing as it became wetter. The bin and feeder is designed to handle the worst case flow characteristics of the ash as occasionally, the ash could be wetted excessively from malfunction of the conditioning system.

The new feeder and mass flow bin were well received by operators. The Feeder was simple to operate: with one button the operator could fill his bed with an even load without moving his truck.