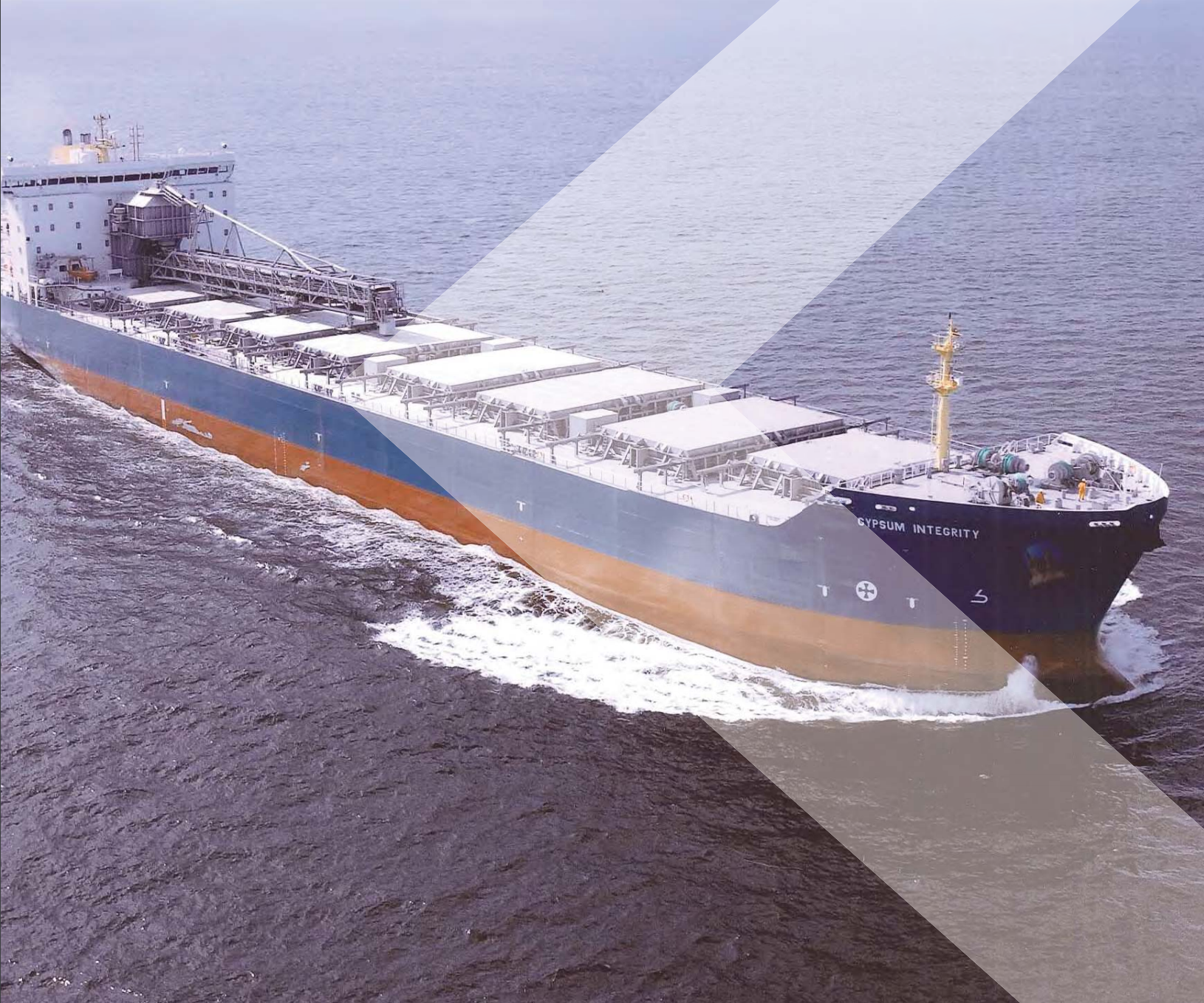 Kamengo Feeders have been in use on self-unloading ships since 1995.

The first ship, Gypsum Centennial started up in 2002. US Gypsum subsequently went on to use our technology for the Gypsum Integrity which went into service in July 2009. In 2002, the Kamengo Feeder won a Lloyd’s List award for “Innovation in On-board Cargo Handling” based on its successful operation on-board theGypsum Centennial.

The two GTL ships were designed primarily to handle gypsum from Nova Scotia to USG plants on the US East Coast. Gypsum from Little Narrows, Nova Scotia, tends to be damp and frozen during the spring. Gypsum has been unloaded from the Gypsum Centennial and Gypsum Integrity without the flow problems experienced by their other vessels using conventional technology. On return voyage and during off-season, the ship handles other cargoes. With the slowdown in construction in the US, the two ships have been primarily carrying cargoes other than gypsum. Gypsum Centennial has carried gypsum, coal, iron ore pellets, iron ore fines, granite aggregate, fertilizer, calcite and clinker cement.