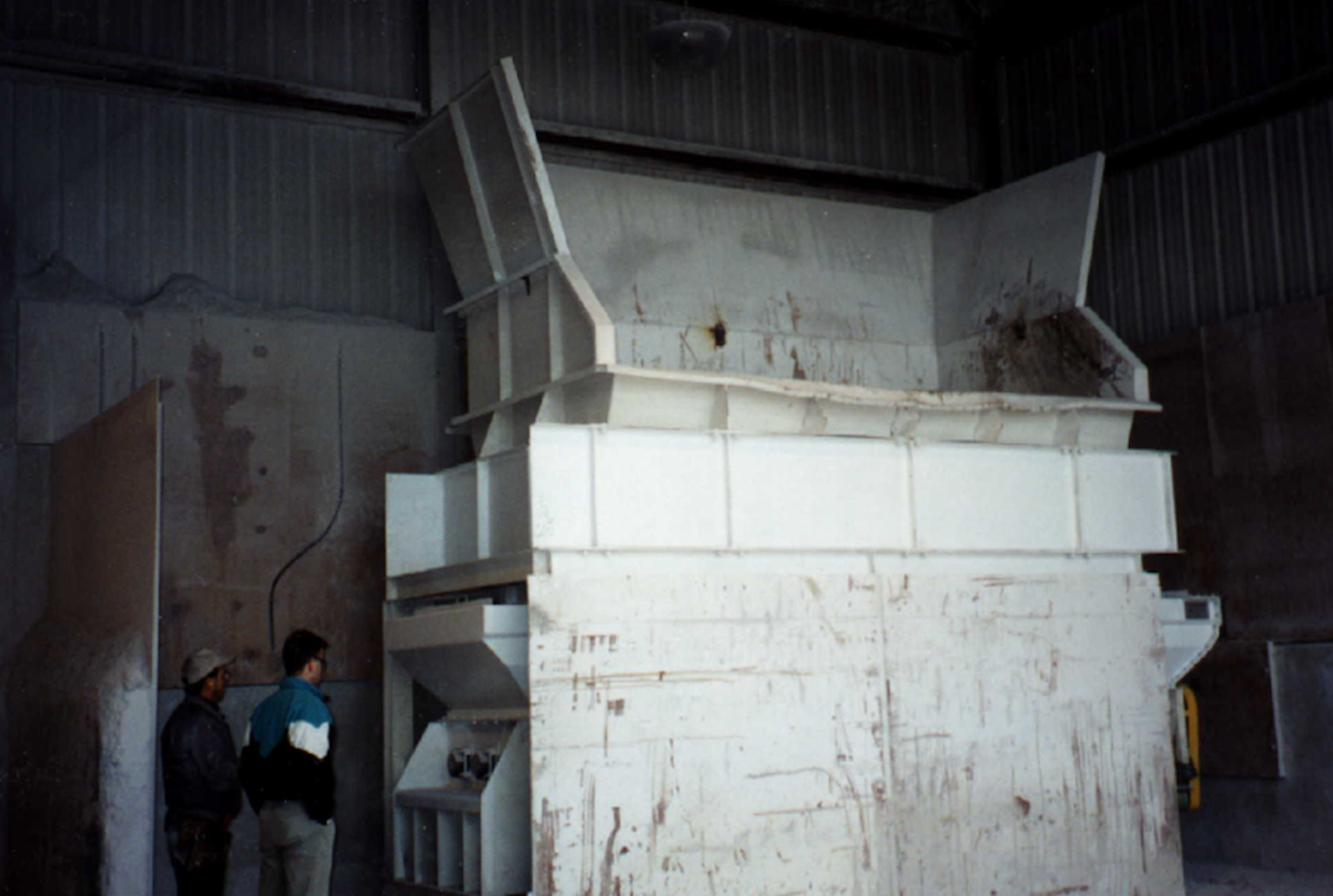 This installation is a retrofit of an existing front-end loaded hopper and feed system handling recycled gypsum.

The original set-up was a funnel flow hopper being fed by a bank of screw conveyors.

The material – recycled gypsum - is particularly nasty: it consists of crushed wet gypsum board reclaimed from construction debris, including nails and paper, stored in an outside pile subject to Vancouver’s wet weather.

Applying Kamengo’s practice of designing according to the stored material’s flow characteristics, Kamengo chose new liners for the hopper to convert the hopper to a mass flow design.

Kamengo also used the results of the material characterization testing to design a new Kamengo Feeder.