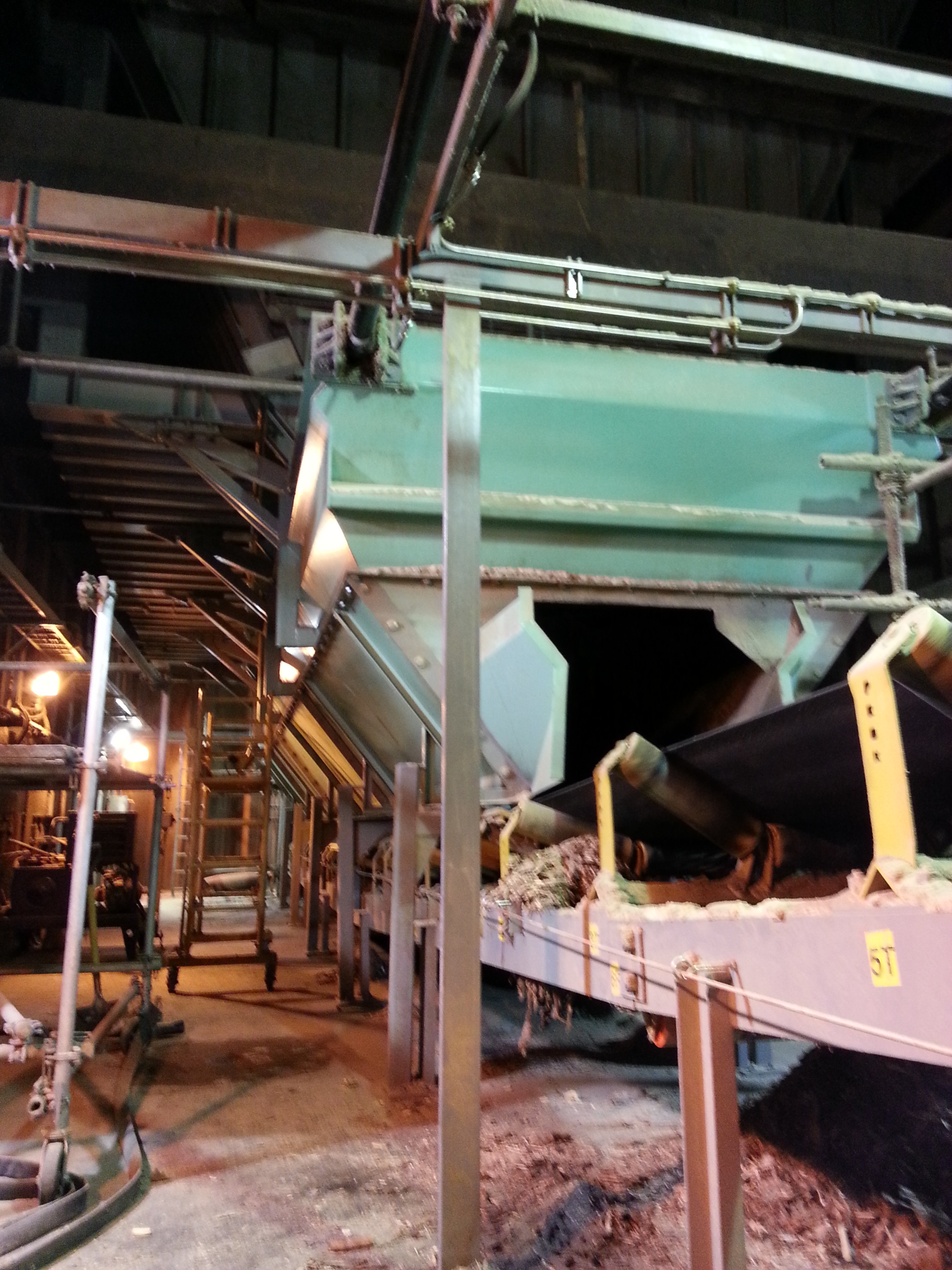 Development work on a below ground reclaim system at the Kamloops mill started 2003, with funding from B.C. Hydro and the mill for retrofitting an existing chain reclaimer with a Kamengo Feeder.

The mill was interested in retrofitting the chain reclaimer as a backup to a traveling screw reclaimer. The retrofit involved a new mass flow hopper and Kamengo Feeder which fitted within the existing concrete structure. The chain feeder was eliminated and the existing belt conveyor was extended to collect feed from the Kamengo Feeder.

The mill previously had a chain type reclaim system which had to be spoon fed as the hopper tended to plug up or the chain got overloaded. Previously, the operator pushed in a small amount of fuel at a time to avoid overfilling the hopper which otherwise would plug up. In the event of a plug up, the operator would use a hydraulically operated cherry picker to unclog the fuel in the hopper. Hence, the hopper had less than five minutes of fuel storage at any given time.