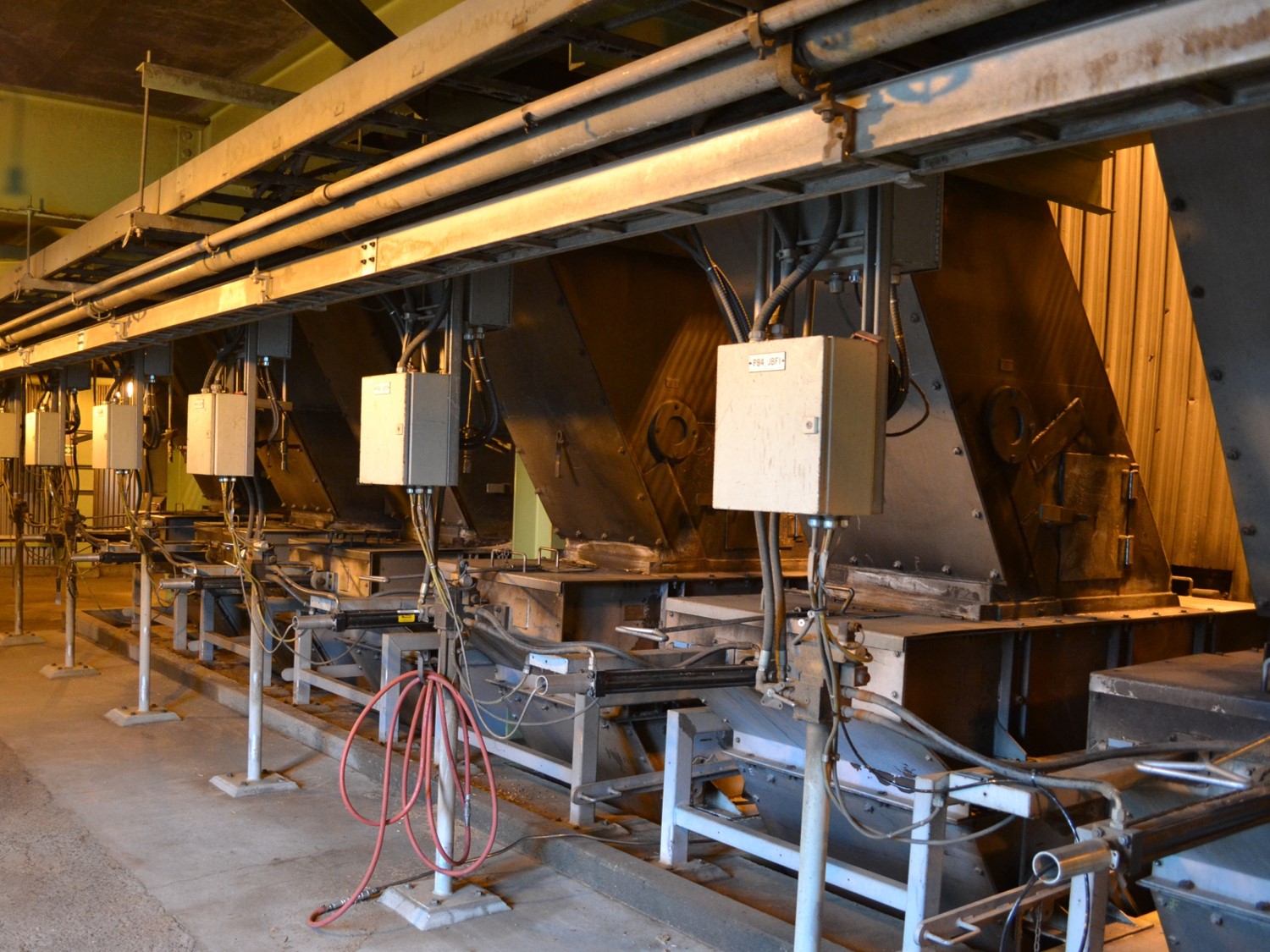 The Kamloops installation is a retrofit of an existing hog fuel storage and feed system on two boilers.

The Kamengo equipment replaced a series of rotary star feeders. Kamengo supplied a new surge bin, Kamengo Feeder, and chute for each boiler inlet. Each set of bin, Feeder and chute are supported off the existing concrete floor.

The boiler feed system for the first boiler (Boiler #3), was retrofited in 1994 after a one year trial. The mill was pleased with the performance of the Kamengo Feeder so it retrofited its Boiler #4 feed system when it was re-builtin 1996.

Mill personnel have remarked that with the introduction oft he Kamengo Feeder, biomass as a per cent of fuel consumed increased from 75% to 95%. In addition to improved reliability from the elimination of hang-ups, the Kamengo Feeder provides a uniform steady discharge of hog fuel, which is in contrast to the pulsating action of screw or star feeders. This steady stream of fuel resulted in improved boiler efficiency and steam output.

The corresponding reduction in supplemental fuel and improvement in boiler efficiency resulted in a quick payback - which is typical of a Kamengo Feeder boiler feed retrofit.