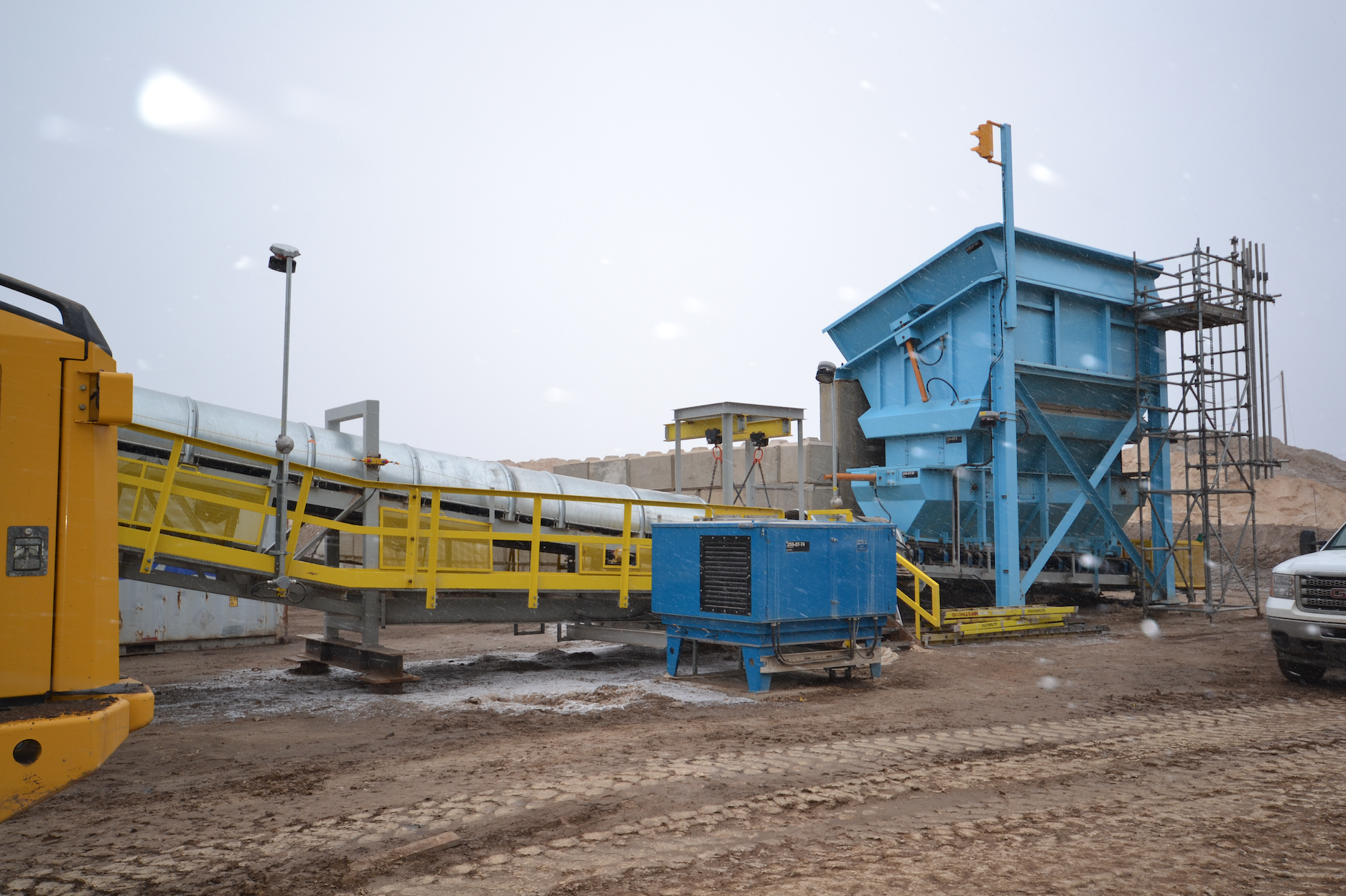 Kamengo’s engagement in the oil sands, and specifically supplying equipment to handle gypsum to be used to settle tailings, began in the late 1990s.

In 1997 Kamengo was approached to do flow characterization of synthetic gypsum to determine critical bin and chute parameters for a bin and feeder to be used in outdoor arctic conditions. Kamengo proposed an automated gypsum truck dump unloading and metering system based on its experience handling and metering synthetic gypsum, recycled raw gypsum and rock phosphate – all of which are very difficult flowing materials. In 2009, Kamengo supplied the feeders for Suncor’s pilot gypsum handling system.

In 2012, Kamengo was selected to deliver this installation, which included a feeder, hopper and screen, 140-foot belt conveyor, crusher, transfer tower, and screw conveyor.

The 550 cu-ft storage bin receives gypsum via a front-end loader through the bin’s screen. Applying Kamengo’s design for the material approach, the bin and its liner are designed to promote mass flow. A Kamengo Feeder discharges the gypsum at a rate of up to 50 tons per hour onto a conveyor belt which carries the material into a tower where the material can be fed into a crusher, or by-passed directly to a screw conveyor. The screw conveyor then feeds the gypsum into a tank where it enters into the gypsum remediation process.

Kamengo has also supplied a similar set-up of equipment for a sister plant in Fort McMurray. The sister plant is expected to start up in 2014 and is capable of storing and metering more than 1,000 cu-ft of gypsum.