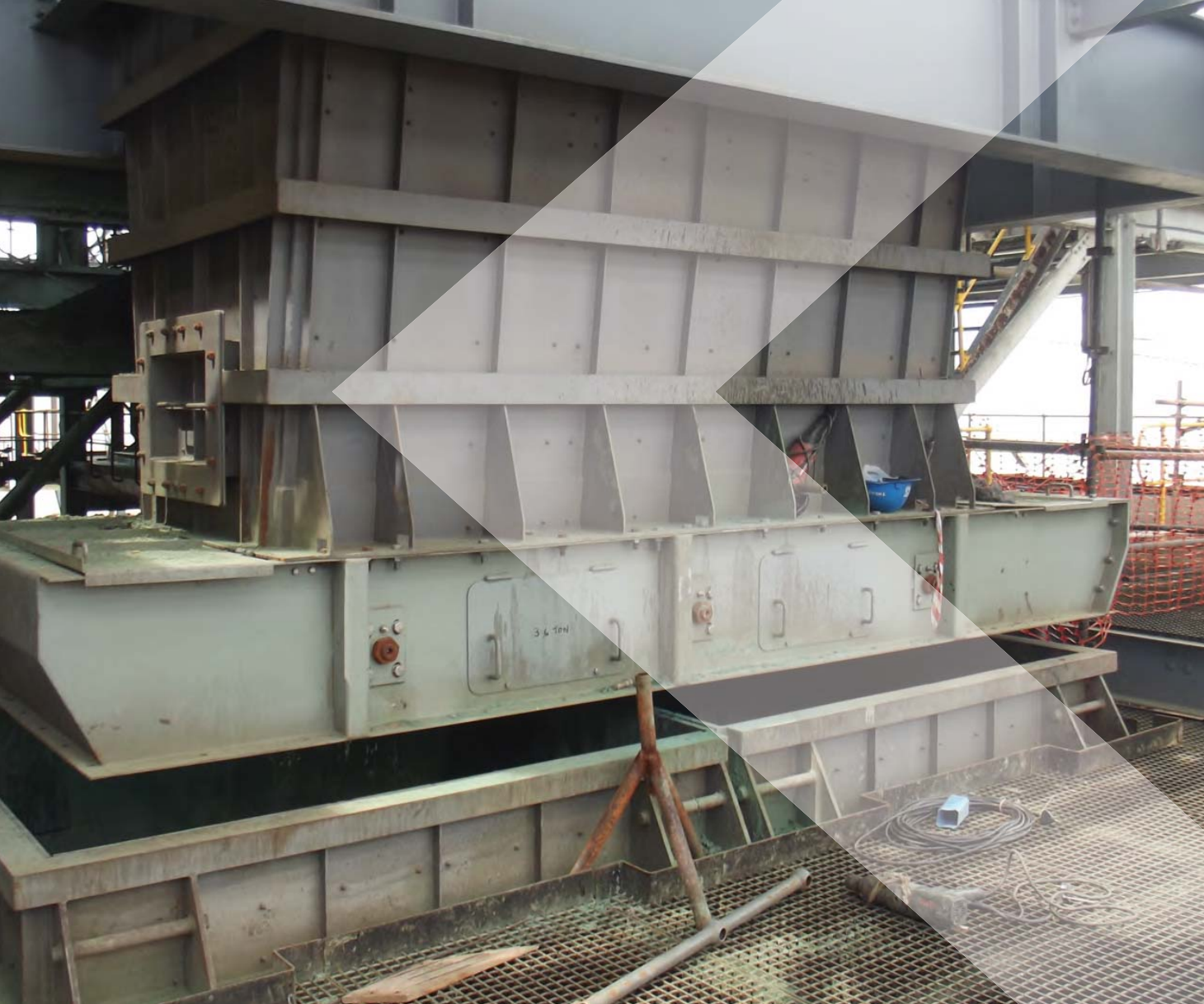 This installation serves one of the world’s largest copper and cobalt mines.

Jenike & Johanson was hired to do material characterization testing and recommended to the client that it use a Kamengo Feeder. J&J concluded that the material is very difficult flowing and that a mass flow feeder was required. Kamengo also performed material testing and found that the material is similar to gypsum – a sticky, cohesive material. Using the material’s flow characteristics, Kamengo proposed a concept using a plane flow, mass flow bin. The concept with the Kamengo Feeder was tested using Kamengo’s pilot scale bin and feeder located in Vancouver, BC. The client shipped several barrels of material from site which was further wetted down and run through the pilot bin and feeder. The successful pilot scale test convinced the client to expedite the project.

On-site, the client has four feeders in operation. Each feeder fills two bags with cobalt hydroxide filter cake as the material is received from a filter press. Above each feeder is a plane flow hopper designed by Kamengo.